You never know where being a skating rink DJ in high school will take you. From making the music happen and getting the people dancing in clubs, Michael found his way into full time on-air radio work, with stops along the way in markets such as Mobile, Pensacola, Nashua, Destin, Charleston, Colorado Springs, and metro Atlanta. Yes, it is true radio personalities move around a lot.

Michael Stuart Productions originated as an on-the-side affair in 2003 while Michael was still doing full-time radio, but when it was time to hang up the live radio headphones and go the entrepreneur route, Michael Stuart Productions became the full time focus in 2007. Michael can provide a choice of voices from around the world for any traditional media or digital content asset. Michael himself has voiced projects including animation, travel videos, video games, as well as radio and television commercials and more. 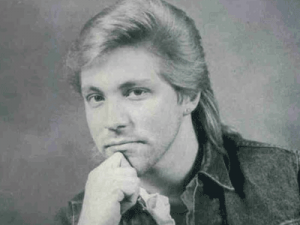 In the area of audio production, Michael Stuart Productions writes and produces the nationally syndicated Christian music radio program “Sonrise,” heard on many stations across the country. However, the old “he’s got a face for radio” joke doesn’t apply, as Michael has extensive experience hosting and emceeing live events of all sized for organizations and non-profits. And he’s an agency represented on-camera talent, having appeared in TV commercials for brands like Home Depot, Rooms to Go, Bridgestone Golf Balls, BMW and Roadie.com, and in in-house corporate videos including AT&amp;T, Crowne Plaza, Chick-Fil-A, and others. A short film Michael appeared in called “Shades” was accepted into and screened at the Knoxville Film Festival. The production company was so pleased with Michael’s work he also appeared in another of their shorts called “Death Takes An Interview”. Michael’s on camera work in the short film “Portal: Origins Pt 2” got him a best supporting actor nomination, too!

Clients of Michael Stuart Productions are marketing agencies, PR agencies, radio stations, TV stations, large corporations, small businesses, independent producers… and Michael works with directly with each of them, regardless of where in our great big world they’re based.

We encourage you to keep Michael Stuart Productions handy at the top of your vendor list (he only regrets his name isn’t Aaron, so he’d come first in alphabetical order) so that when you’re ready to “green light” your content production, you’ll have a friendly, cost-effective option ready to go right to work for you. Michael, his wife Kari and his faithful cat Gibb live in beautiful Sharpsburg, GA.